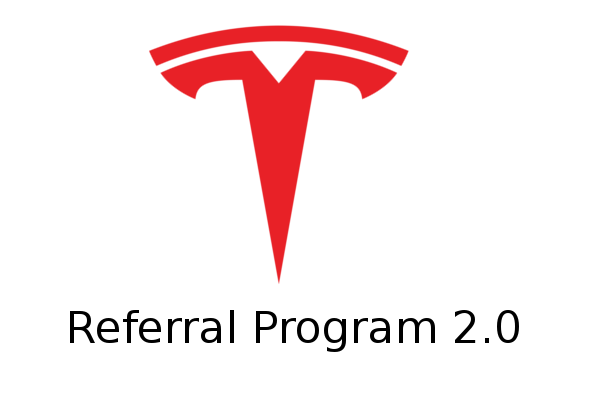 Why do this? Why discard some well-developed money making program? Because it was losing money. You see, when you have more demand than you can meet, driving up demand doesn't make sense. And incentivizing people to increase demand is counter-productive.

Increasing demand is not good for business. Consider, as a customer you have to wait in line. Would you rather wait in a short line, or a long line? To keep customers happy, you need to keep the lines short.

So some months went by and Tesla reintroduces their referral program. To increase demand? Not really. This seemed more of a play to fill a void. When Tesla vehicle owners go to the lengths of selling Tesla vehicles, but get nothing for it, is a bad user experience for owners.

So finding the balance is important. Give owners just enough so that they don't feel like it is a complete waste of time.

But what happens if you fall below in demand in the future as you increase production? The imbalance causes empty lines for periods of time. Not good. Increase the incentive for referrals? Perhaps. But I think I have a better way.

If Tesla could use the same ($15-$50) value to reward owners for giving test drives, then that would be much better than increasing this amount.

While one could argue that giving owners more incentives would be the path of least resistance, it would make sense to put a little more effort into a solution that would be better for the bottom line.

Rather than increase incentives, I would expect Tesla to increase test drives. I have seen some grass roots movements in social media to start test drives of cars in areas. But with the vast areas and sparse interest in these groups, they don't really work.

But if Tesla became the central hub, people who want a test drive but don't want to drive from Kingston to Toronto 2.5 hours to test drive, could visit Tesla.com and request a local test drive. In turn, Tesla could match the request to an opt-in owner who will be rewarded with the referral if the customer converts to an owner.

While maintaining a consistent reward structure they could increase the demand to match increasing production. Just a thought. This could only work if owners were so in love with their cars that they could prioritise spreading the love and knowledge about Tesla to others. No worries there. #SignMeUp