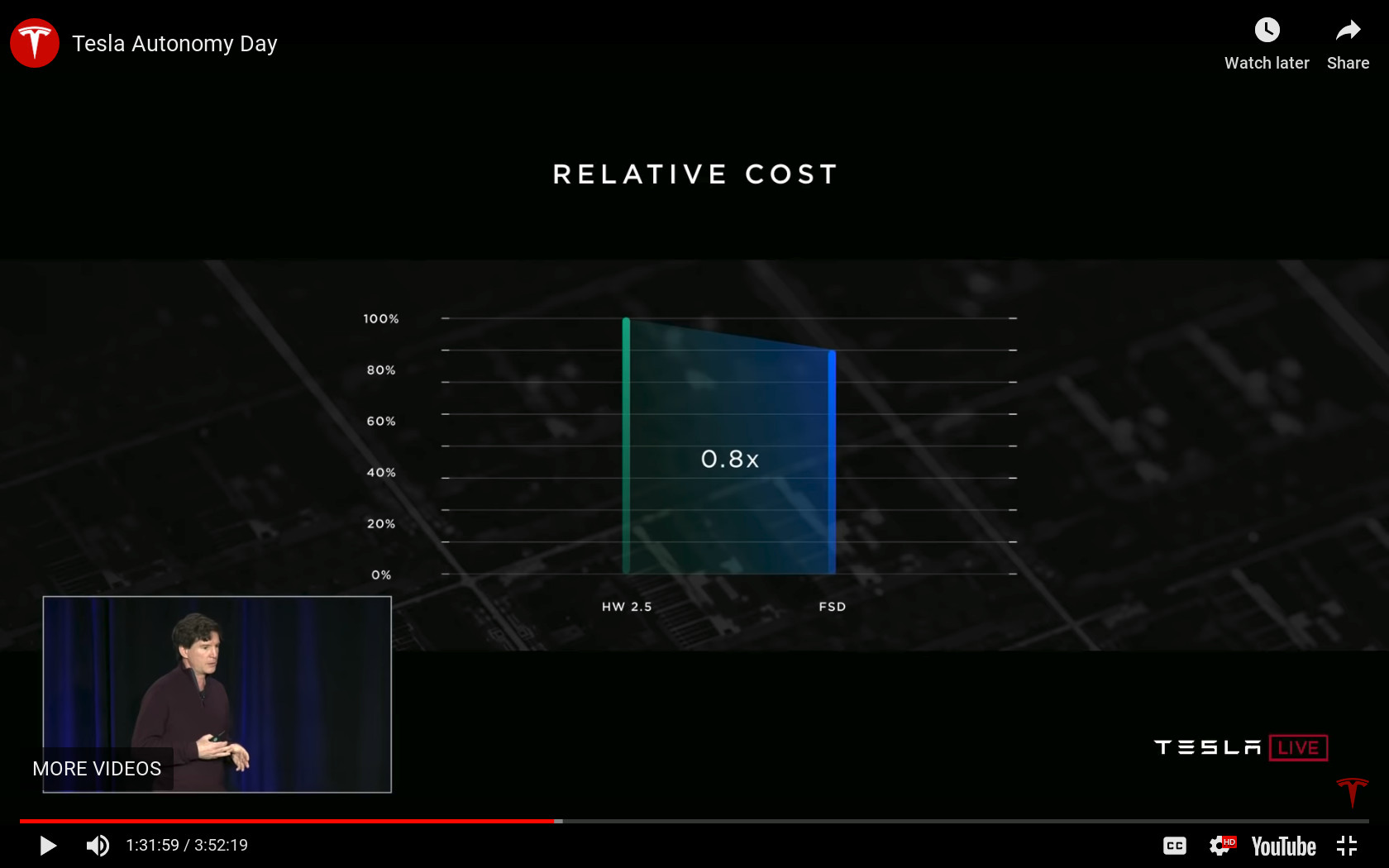 Even if you watched the almost full 4 hours of video for Tesla Autonomy Day, you may have missed the 10 second slide that explains one very important thing. [Edit April 24] As it turns out, there are several mentions of this in the video. I timed the slide, wrote the sentence and now I want to keep that sentence despite the numerous places you could catch it.

"In terms of cost, the silicon cost of this solution is about 80% of what we were paying before. So we are saving money from using this solution."

This is a key take away because it shows that Tesla vehicles are getting cheaper to produce. (Times a million vehicles)

The cost of the hardware and cameras is already factored into the profit margin of Tesla. Having the FSD installations on new units actually reduce their cost of production makes the FSD purchases even more profitable than they were.

Tesla offered the $35,000 USD Model 3 for a brief period. I believe this was just to complete that milestone. Since then, Tesla has mandated inclusion of autopilot and raised price of $37,000 Model 3.

I believe that this new price adjustment guarantees the hardware cost of the vehicle is covered with a healthy profit. That will mean every conversion of the FSD ($5000USD/$6600CAD) will be all profit - minus any banking transactions.

Tesla can make thousands of dollars on all future cars (and any not yet purchased with FSD) by flipping a 0 to a 1 on any vehicle they produce. In all my years, I have seen some lucrative businesses bank on data entries. Long distance phone calls, phone features, online subscriptions, PPC ads, app store purchases etc. But never have I seen such a small amount of data make such a large amount of money with so little friction.

Keep up the great work Tesla.